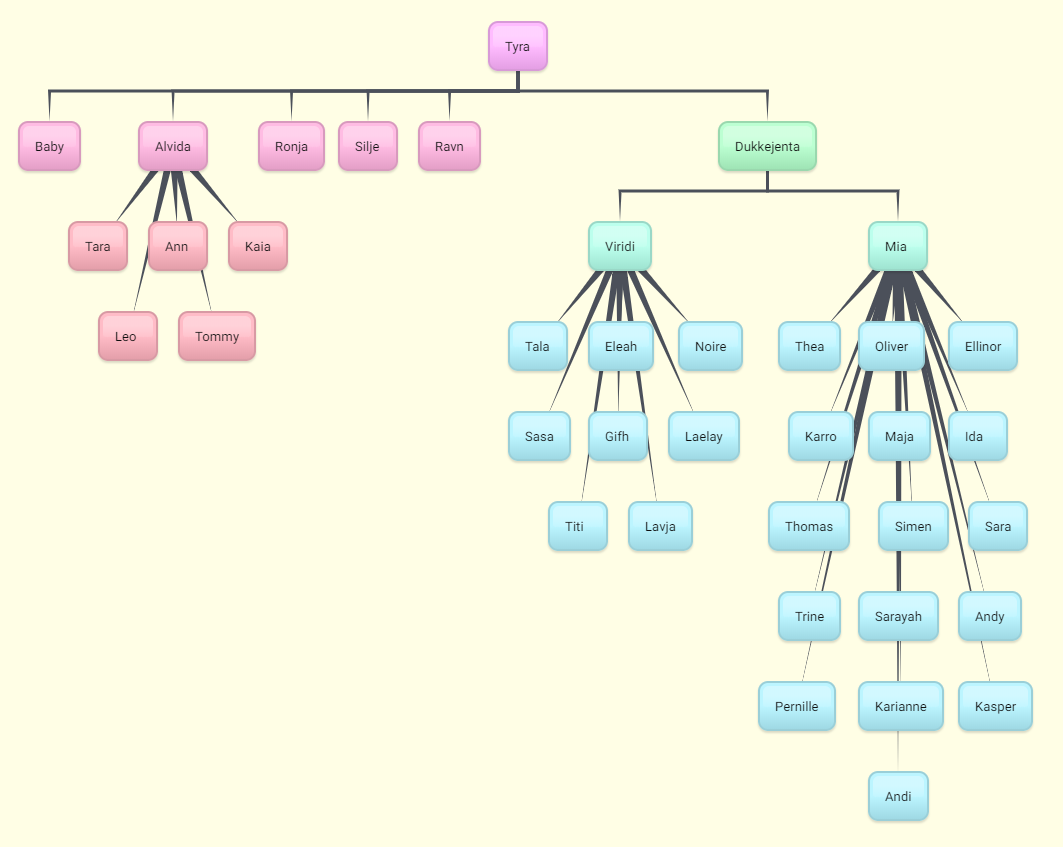 This is a map of our system. You can see that in many places there are people below others people. That's where splits happened. Those are splits in a split ("split" is when one person goes from being one to being two or more), or subsystems. This map might not be 100% correct, but it's how we understand the inner workings of our system. It's taken us a long time to find names of everyone, and according to those above other splits there are no others to be found. So, hopefully this is actually a complete picture of our system. New splits may happen, of course.

As this shows, Tyra is the original, sometimes also referred to as the "core". From her, we have 6 splits. Baby, Alvida, Ronja, Ravn, Silje, and Dukkejenta. The first 5 are pretty close together in the mind, and Alvida has splits below her again. Dukkejenta ("The Doll Girl") is on a whole other "layer", so the two splits below her, Viridi and Mia, took years to access, and the ones below there again are only showed themselves to Tyra when the body had almost reached 20 years of age. For broader context, she discovered that she was a system at around 15. It took 5 years to access (seemingly) everyone.

It's very soothing to figure out how our mind is structured, and it helps us with our internal communication, which in turn helps with functioning and coping. Some people think system stuff isn't something you should focus very much on, while others think it's important to let everyone in the system take their space in the world. We try to work a middle way - switch when needed, let Tyra deal with most interactions in life. Alone time for Tyra usually means switching and letting someone else take partially or fully over, for a break from existing. Silje will even clean our apartment when no one else has had the energy for way too long!